The Martinovich legacy started almost a century ago in Kalgoorlie/Boulder.

Kriste Martinovich, a chiropractor, emigrated to Fremantle Western Australia in 1922 from Brac, in the former Yugoslavia and subsequently travelled to the Goldfields to work in the goldmines. At the same time, he worked part-time as a masseur where he treated local footballers and his reputation soared. His successful treatment of people whom until then had been unable to find a cure for their conditions led to widespread support, particularly from the Goldfields Football League and the Chamber of Mines of Western Australia. 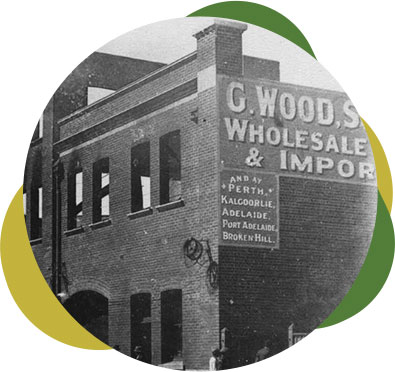 In the 1950s, dramatic patient improvements resulting from Kriste Martinovich’s care were described in Australian newspaper articles with headlines such as 'Wonder Healer' and 'Miracle Man'. The prominence of several of his patients enhanced his fame, as did the way in which he defied his critics.

In 1957, Martinovich moved to South Fremantle to teach others his methods and to serve his large metropolitan clientele. He established a successful clinic in Douro Rd South Fremantle and trained three of his sons as chiropractors. One of those sons is Mr Ted Martinovich who operates alongside his grandson and chiropractor, Dr Thomas Lawrence. Since its opening, the Back Pain Relief Clinic has built a strong referral base built on successfully treating patients with a range of conditions.

In 2020, the team relocated to the Gallery Suites at 185 High St, Fremantle. Click here for Directions, Parking and Access details.

Dr. Lawrence offers an afterhours emergency call out service if you are experiencing acute back or neck pain and require the assistance of a chiropractor.